Employee Spotlight: Safe Driver of the Year Martin B. Hamilton 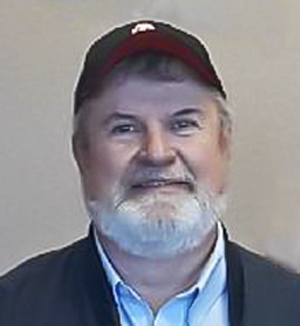 MHC Kenworth – Greeley’s Martin B. Hamilton was nationally recognized as Driver of the Year for Lytx DriveCam’s safe driving program at the company’s annual conference in San Diego. Martin received an award for his outstanding record as a pickup and delivery driver behind the wheel of his Ford F150 truck.

Here are 5 things you might not know about Martin:

He was a man of many journalistic talents in his previous career.
“I was a newspaper reporter, photographer, editor and even did some radio work for the last 33 years. I covered mostly sports and transitioned to news in my later years.”

He’s a man who sticks to his word.
“Not long after I started at MHC 3.5 years ago, MHC had its first award for driver safety and one of my co-workers won. I told my regional safety manager that I was determined to win. Since then, I’ve won MHC’s Safe Driver award every year.”

He is intentional about safe road behaviors.
“There’s so much bad driving on the roads today. I want to be one of the good drivers. I want people to notice when I take the time to signal and look over my shoulder instead of cutting off another car. Everyone has the potential to be a safe driver. All it takes is slowing down. It’s worth it to take that extra moment.”

He insists his job has made him a better driver.
“Most people are in a big hurry. I catch up to people who zip around me all the time. My job has made me a better driver in general. I was pretty good before, but now I’m more mindful than I ever was before.”

He’d really like to go to the Super Bowl.
“I was a sports editor for a daily newspaper in Northeastern Colorado. I had seasoned credentials for the Denver Broncos. The year the Broncos went to San Diego for the Super Bowl, I couldn’t get the credentials. When I found out I was going to San Diego to accept the Lytx award, I told my wife it’s the one place I wanted to go. Winning this award is my Super Bowl.”