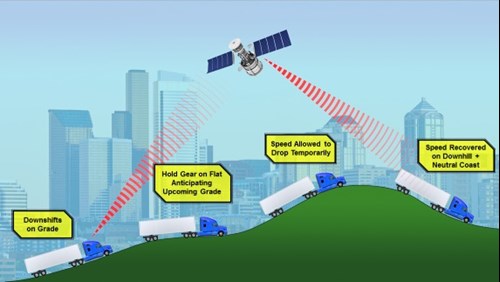 “This update, which was made in conjunction with the launch of the new 2017 emission engines, provides our customers up to a 1 percent improvement in fuel economy over the performance of the current version of our Predictive Cruise Control,” said Patrick Dean, Kenworth chief engineer.

“While the driver interface remains unchanged, drivers who have driven Kenworth trucks with Predictive Cruise Control will notice an improvement in driveability, as well as fuel economy,” Dean said. “Improved driveability and fuel economy were made possible by fine tuning how the engine modulates speed and torque over a wide variety of actual driving conditions.”

Kenworth Truck Company is the manufacturer of The World’s Best® heavy and medium duty trucks. Kenworth’s website is www.kenworth.com. Kenworth is a PACCAR company.