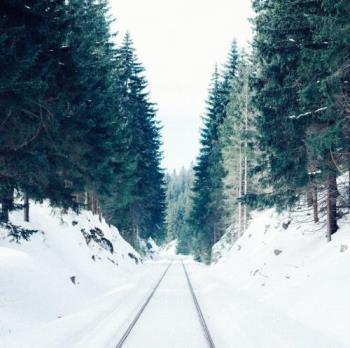 The views in the Rocky Mountains can be breathtaking, but the conditions can be downright frightening during winter months.

That’s why the state of Colorado is bolstering its winter driving restrictions along the mountain stretch of Interstate 70 to create safer roadways for all travelers.

The law will be in full force for nine months starting Sept. 1, and affects both two-wheel-drive and four-wheel-drive passenger vehicles. Previously the law was in effect only before and during actual winter weather.

Each September-May, these vehicles face a new requirement of having specialized winter tires or carrying traction devices while traveling along I-70 between Dotsero and Morrison. The law, also known as House Bill 1207, increases the minimum tread depth for tires on all vehicles from an eighth of an inch to three-sixteenths of an inch.

Drivers of vehicles without four-wheel-drive or all-wheel-drive can comply with the traction law by either having snow tires (with or without studs) or by using all-season tires with a mud/snow designation. Experts say the all-season tires are less effective on ice and slush. Owners of two-wheel-drive vehicles with standard tires can carry chains or an AutoSock set in the truck to use when winter weather strikes.

Schedule service with an MHC dealer along your route today to equip your truck to withstand the elements.